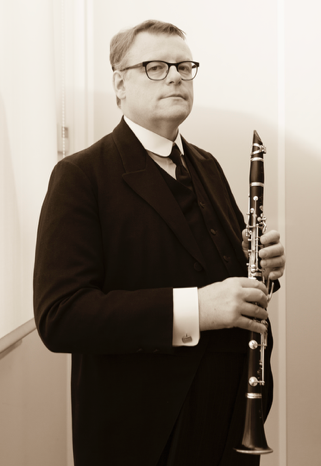 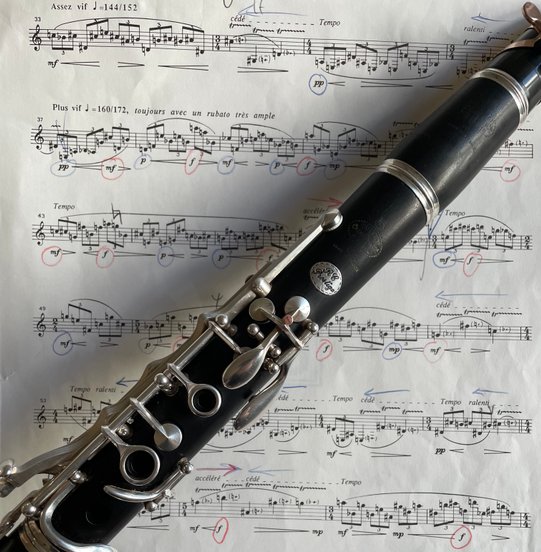 Stefan Harg clarinet is internationally recognized as a multifaceted and renowned musician and educator.

He gives concerts as a chamber musician, soloist, orchestra musician and cooperates with leading musicians and conductors. This has led to new and future collaborations with many world leading interpreter.

A large number of composers have written music for Stefan.

Recently in 2018 Stefan made a highly acclaimed solo tour in the United States with concerts in New York, Chicago and Minneapolis.

He collaborates with today’s composers in various exciting projects. Stefan also has performed the Carl Nielsen Concerto on many spectacular appearances during the years. In October 2012 his interpretation of Jean Francaix concerto and Claude Debussy’s Première Rhapsodie at an anniversary concerts in France was hailed by critics and public.

He has collaborated with, among others, Luciano Berio, György Ligeti and Libby Larsen. As soloist Stefan has premiered many works. Stefan is invited regularly as a soloist in Swedish and foreign orchestras. Stefan works in different contexts with chamber music and is invited to the most important chamber music scenes in the world.

Stefan has formed since 1990 a successful duo with the concert pianist Katarina Ström-Harg. Together, they have made many concerts in Sweden and abroad.

He is a member of the Drottningholm Barockensemble and trio A =430 performing on period instruments.

Stefan is a diligent writer and is published in various international magazines and is giving lectures in different contexts. Stefan is since 2015 Adjunct Professor of clarinet at Örebro Music University and gives master classes throughout Europe

He is artistic director of Classical Chamber Music Festival , Stockholm

He is National Chairman for ICA-International Clarinet Association in Sweden. Stefan is represented on several CDs The latest is fp music 009 with music by Anders Eliasson , Arne Mellnäs and Pierre Boulez

The clarinet seems to live an own life but in the hands of Stefan fully controlled. The exploring of subtleties and details are evidentially in his playing.....”

"Stefan showed a remarkably easiness and versatility in the Nielsen’s clarinet concerto. He gave a remarkable and inspired expression of the formidable mixture of the music” Dagens Nyheter

Bravo Stefan! Great CD! I loved the new pieces especially the Mimart and Blemant!!! Fine playing in the more standard repertoire. Every time I hear a nice recording of Meister it makes me want to play it. Best wishes for many sales!!!, it takes a lot of talent, hard work, and courage to put out a live recording... Especially to end up with your project!!!  Bravo again.

A true master on his instrument!